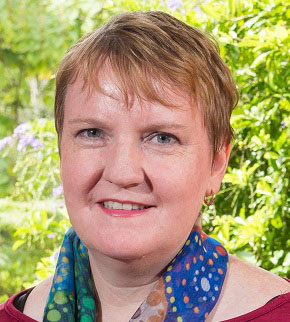 In October, the National Foundation for Australian Women hosted a dinner event at the National Press Club. The guest speaker was notable journalist Virginia Haussegger, who now leads the University of Canberra’s 50/50 by 2030 Foundation. The 50/50 by 2030 Foundation advocates for women’s equal representation in decision-making positions in government, public sector leadership and publicly listed companies in Australia. They receive widespread public support for this endeavour.

Virginia’s speech surveyed the context of gender equality internationally (where representation of women has more than doubled in the last twelve years) and then detailed the situation in Australia. Australia ranks number one in the world for education gender equality, but some blind spots remain on other aspects of gender equality. For example, while our community has increased its representation of women in leadership over the last fifty years, our pace of change is slow. If the past rate continues, it will be 170 years before Australia achieves gender equality. Presently, Australia sits at number 46 in the world for general gender equality, and at number 61 for political participation. If we want to see a more representative and inclusive community we need to look not only at education, but at how women compare to men on a number of important measures. These include economic activity, health, economic participation and opportunity, as well as political representation.

Progress is not inevitable, and seemingly hard-won gains can be quickly lost. In 2011, four of the nine leaders in the Council of Australian Governments (COAG) were women - Julia Gillard, Kristina Keneally, Anna Bligh and Lara Giddings.

That same year (2011), the Queen visited Australia. Many readers will remember that after her plane touched down in Canberra, she was greeted by Governor-General Quentin Bryce, Prime Minister Gillard, and ACT Chief Minister Katy Gallagher. The Federal Cabinet at the time had twenty per cent women. Four years later, the Queen would have been greeted by all men, and Federal Cabinet would have contained only five per cent women. There was only one woman, Anastasia Palaszczuk, in COAG until this year when Gladys Berejiklian became NSW Premier. In terms of women’s representation in public companies, Elizabeth Proust has noted that 2017 is a disappointing year on that front as well.

Virginia also noted that women are required to trade choices in a way that men are not. We see regular examples of this when female leaders are asked how they manage both home and work, when men are never asked such questions. The underlying assumption is that women alone are responsible for the home and family domain. It is telling that the two current female premiers - Anastasia Palaszczuk and Gladys Berejiklian - are both childless, as was the only female Prime Minister to date. What does this say about the differing expectations placed upon women compared to men?

Listening to the speech, my thoughts naturally drifted to the representation and expectations of women in the Church. Of course, comparing women in leadership in the Catholic Church with our general community is problematic. Church tradition has clergy in decision-making positions the Church, and by canon law dictates that clergy are male. Yet we’ve seen incremental progress in some of the governance structures in the Church. Now, women hold various leadership positions in the Church bureaucracy as executive secretaries to Bishops’ Commissions and directors of Catholic offices and agencies.

Even so, appearances can be deceiving. Non-clergy leadership positions within the Catholic Church are predominantly held by married men, with the few others in leadership positions frequently being religious or single and childless. Perhaps this is a vestige of an era when many Church positions were held by religious brothers and sisters. Even so, it echoes Virginia’s observations that positions of leadership involve different expectations for women, especially those who have families.

This is a disappointing contradiction. The Catholic Church is well-known for its consistent ethic of life. This is evident in our concern for life before birth; that everyone receives education and healthcare, no matter their personal attributes or economic circumstances; and the right to seek safety from war and persecution. It is why we advocate for fair and decent working conditions and a just and community-minded economy. It’s why we advance the cause of Indigenous Australians, and asylum seekers and refugees. It’s the reason we seek to care for those who are ageing or dying, and why we don’t support capital punishment.

Ideally, the Catholic Church should be the standard-setter for employment conditions that uphold the dignity of the individual and the common good of the community, and support the healthy family functioning. Yet it is the public and community sectors that led the way for flexible employment conditions, part-time and job-share roles, inclusive workplace practices, and greater diversity in the workforce and in leadership. The Church appears to have adopted some such practices to keep up, or out of personal experience or community pressure - not because such practices reflect the all-encompassing and loving actions of Jesus, or because it will make the most of the gifts within the wider Church.

Moreover, the Church’s practices and arrangements should not exclude those who do not have a spouse or children. To see people solely in the context of either ministry or marriage and family is reductionist. Our diversity of people brings a multitude of gifts, and employers and all employees (not just women) benefit from flexible and inclusive workplace practices. Further, it can free up time not only for family, but for community activities, personal development, advocacy and many other life-giving activities.

So how can women – and men – offer our gifts to the Church in a way that is not limiting? That’s something we’d like to talk about.

Moira Byrne is a specialist writer and editor who also lectures in the School of Political Science at ANU.