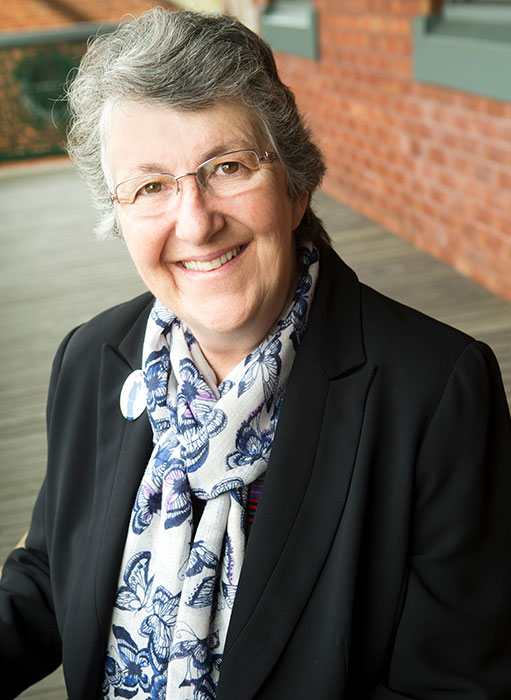 A career covering health, education and pastoral work led Teresa Brierley to her current leadership role with the Diocese of Maitland-Newcastle, but she says two things have been constant through the years – her desire to live a Gospel life and a sense of being called to work in the Church.

Teresa is the Vice-Chancellor Pastoral Ministries for the Diocese, a position which entails a broad reach across the agencies and ministries of Church life.

Born and raised in Newcastle until age 16, Teresa finished school in Sydney, before pursuing studies in biomedical sciences and a career in pathology.

“I worked in pathology in hospitals and private practice, but then I felt called to be a teacher, so I did a Diploma of Education and for some time, I was teaching and doing hospital work and having a family all at the same time,” she says.

“In 1988 I began teaching full time. I taught Maths, Science and Religion and later became an REC (Religious Education Coordinator), but it was only in the 1990s that I completely gave away hospital work.”

In 2000 she made another change, taking up the position of Pastoral Associate in St Joseph’s Parish Tweed Heads, while completing a Masters in Theology.

“I always felt called to work in the Church, from quite a young age,” she says.

“I was in YCS (Young Catholic Students) at school and it was a very significant formation and foundation for my own faith. YCS helped me make a personal decision in my teenage years to commit to a life following the Gospel and that led me to the journey that I’m on now.”

When she saw the job of Vice-Chancellor Pastoral Ministries for Maitland-Newcastle Diocese advertised, she applied straight away, knowing it was a position which really attracted her.

“We have two Vice-Chancellors in this Diocese – one for Pastoral Ministries and one for Administration,” she says.

In practice, this means that Teresa oversees all of the Diocesan Councils, including the Diocesan Pastoral Council, the Adult Faith Formation Council, the Council for Ministry with Young People, the Ecumenical and Interfaith Council, the Liturgy Council and the Social Justice Council.

“My work is really to assist in various ways with these Councils, particularly in formation events across the Diocese,” she says.

She also collaborates with parishes in pastoral planning and is responsible for chaplaincies, including for the Newcastle Port, local hospitals, prisons and universities.

“I’m on the Bishop’s Executive, which means I work with schools, CatholicCare and other agencies in the areas of pastoral life within those agencies,” she says.

“Basically it’s about having a go-to person for the people working in those areas. I see myself as being like the server of a computer. All this information comes in and my job is to get it all back out again in the most effective and pastoral way.”

Teresa, who is married to Allen and has five children and 10 grandchildren, says that working in leadership means she does sometimes miss the hands-on work at the local level.

“But it’s about recognising that what you are doing is enabling others in ministry in the Diocese,” she says.

“It’s a privilege to work in the Church because it is an extension of my faith. To be able to do what I do every day brings me joy because I can live out my faith actively.”

Teresa says she is conscious that the Maitland-Newcastle Diocese has a long history of women in leadership, going back to the early 1990s when Sr Patricia Egan was appointed as the first female Chancellor in Australia.

“In fact, the Australian Catholic Women group here in the Diocese did a study on women in leadership roles a little while back and found that in most sectors of the Diocese we would have a significant number of women sitting on Councils or Committees and exercising some form of co-responsible, collaborative voice. Although, having said that, most of the key leadership roles across the Diocese are still held by men, so maybe there’s a way to go yet.

“On a personal level, I realise that not everybody gets the opportunity to work in the Church. For me, it’s about living an integrated life, with my work, my family and my faith. It’s a great grace.