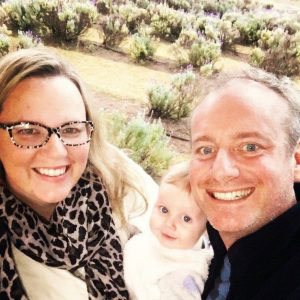 Founded Project Kindy, an Australian grassroots charity that pays for children to attend kindergarten in Malawi

Charity founder and young mother Donna Power has kept her promise to feed and educate children in Malawi by raising $10,000 in her first major event.

In 2011, Mrs Power founded Project Kindy, an Australian grassroots charity that pays for children to attend kindergarten in Malawi.

The idea came about from a conversation with good friend Canossian Sister Melissa Dwyer who was a high school principal in Malawi at the time.

Mrs Power started the project by sending small donations of $4 a month to cover the cost of porridge for 40 children in one kindergarten.

The charity is now set to send $10,000 in donations from a recent benefit in Brisbane.

Not only will the donations help fund lunch for nearly 900 kindergarten children, teachers who would normally volunteer their time to teach the children will now receive a wage.

Until now, only one of the nine kindergartens supported by Project Kindy had paid teachers.

In May, Mrs Power travelled to Africa for the first time since starting Project Kindy to experience “firsthand how life operates in Malawi” and meet the people benefiting from her charity’s donations.

She said before her visit to the kindergartens and the villages that supported them, her grassroots charity was considered something of a mystery.

“When we met them, they said, ‘We are forgotten, we are the neglected ones’,” Mrs Power said.

“One of them said ‘We told our neighbours that you’re coming but they didn’t believe us, but now you’re here and so now we can say we’re not the forgotten ones’.

“There was a lot of crying.”

In Malawi, Mrs Power saw just how essential kindergartens were to entire villages.

She said all nine kindergartens that Project Kindy supported were initiated by a head chief or sub-chief who saw the benefits of a kindergarten model driven by the Canossian Daughters of Charity.

These kindergartens were developed with assistance from the local Canossian Sisters, who oversee nine facilities, with a 10th one on the way.

There are nearly 900 children across nine villages in Malawi attending kindergartens set up in collaboration with the Canossian Sisters.

Each kindergarten has its own Parents’ and Citizens’ committee and one representative meets with Canossian Sister Josephine Allieri monthly to discuss issues and needs, while teachers also receive mentoring from the first kindergarten set up near the sisters’ convent.

“The kindergarten project comes from the village – it’s their initiation – then they build the temporary structure, then they make the bricks waiting for permanent structure,” Mrs Power said.

“They contribute more ingredients for the lunches, they contribute fees when they can, they bring their children. They want this and then they volunteer to teach.”

For some children, the lunch they receive at kindergarten – which consists of a large serving of nsima, a traditional Malawian porridge – may be the only meal for the day, as grains harvested from annual crops are often in short supply.

“When the whole country is subsistence farmers, everyone has this life where you’re dependent on the rains,” Mrs Power said.

“Now I’d heard that before but seeing it in real life, that means it rains once a year, so you grow crops in that time and you harvest it, but you’re not going to harvest again until it rains again a year later.”

For the kindergartens, this means storing 300 bags of 50kg corn kernels, which the Canossian Sisters buy and deliver to kindergartens weekly.

“Our lunches at the kindergarten ensures that those children have got food security no matter if the rains have been good or bad,” Mrs Power said.

“We can be sure that they’ve got a good, nutritious meal that they’re used to, that fits with their lifestyle and their culture and their body.”

Children attending the kindergartens also learn English, which is the language taught in all Malawi state schools, meaning they are set up for a life of education.

“When we heard them talking about their village and the impact of the kindergarten on their village you can hear the passion in their voices,” Mrs Power said.

“They also said the kids are eager to learn, they are hungry for knowledge.

One hundred per cent of donations to Project Kindy are sent to the Canossian Sisters.

Project Kindy’s plans include building permanent classrooms for seven kindergartens and installing wells to take the pressure off sourcing water.