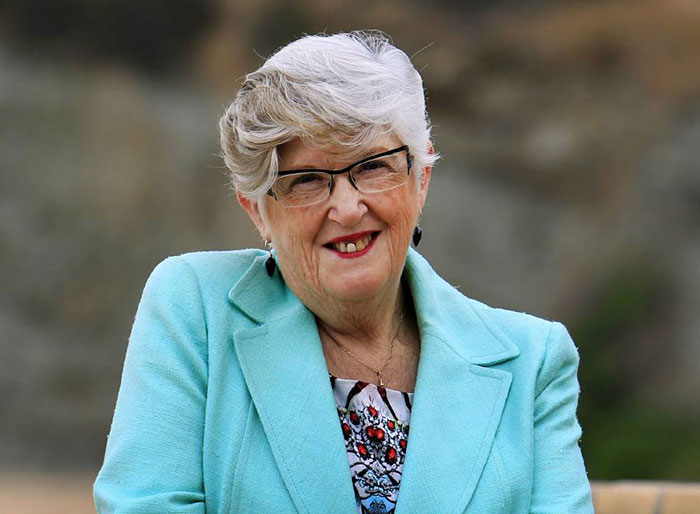 Member of the Pontifical Commission for the Protection of Minors

This article was written by Daniel Hopper and was first published in Journey, Diocese of Wollongong in Summer 2016

It has been almost two years since the founding Director of CatholicCare Wollongong, Ms Kathleen McCormack AM, was appointed by Pope Francis to the 17-member Pontifical Commission for the Protection of Minors (PCPM), to advise the Pope on the protection of children and vulnerable adults in the Church.

Kath recently sat down with Journey Catholic Radio for an in-depth interview upon her return from the PCPM’s September 2016 Plenary in Rome. You can listen to the full interview at www.jcr.org.au

What was your first year on the PCPM like?

It was a steep learning curve. I was flying across the world to meet and work with people I had never met. On meeting each one of the PCPM members at the start of the first Plenary, I was struck by their energy. They came from all walks of life. Among the group we had two survivors of abuse, professors, a former prime minister, a baroness, clergy, a child psychologist who is a married man with five children, and two religious sisters from Africa – all with a common aim to care and protect children in our future.

What was it like to meet Pope Francis and to what extent is he involved in the oversight of the PCPM?

Cardinal Seán O’Malley (the Chair of the PCPM) takes a report from each Plenary meeting directly to Pope Francis and lets him know what we are doing. I believe that one-on-one contact with the Holy Father is why we have had some good outcomes so far.

Cardinal O’Malley is a most pastoral man and very easy-going. Being introduced by Cardinal O’Malley to Pope Francis was one of the most humbling experiences of my life. The Pope is so down-to-earth and he has the ability to speak to you as if you are the only person he has met that day. He is very interested in the Royal Commission in Australia and assured me that the survivors and families of sexual abuse were very much in his prayers. He also assured me that he prays that the findings of the Royal Commission will help the bishops and religious leaders to bring justice, healing and hope. He then asked that I pray for him!

In June 2016, Pope Francis released his Apostolic Letter, “As a Loving Mother”. What is it about and did the PCPM have any influence on its development?

The PCPM was really encouraged that the Holy Father released this document. It is the answer to the PCPM’s calling for greater accountability of Church leaders. It was addressed with the establishment of a panel of legal experts to advise the Pope on removing a religious superior or bishop from office for failing to protect minors and vulnerable adults from sexual abuse.

Have you been involved in keeping the PCPM informed of the progress of the Royal Commission in Australia?

Yes, I’ve been able to communicate a whole lot of what’s been happening in Australia. At the last Plenary meeting in September, I organised for Mr Francis Sullivan, the CEO of the Truth Justice and Healing Council (TJHC) to Skype with the PCPM for over two hours to give a real history of what’s been going on in Australia: the nature of the abuse, the extent within the Church in Australia, and what we can expect from the Royal Commission’s report to be handed down in February 2017. Francis also spoke to the PCPM about the research that the TJHC has been doing.

What’s interesting is that Cardinal O’Malley had never met Francis Sullivan before, but was so impressed with what he had to say, that he recently met up with him in person in Boston to further seek his input. I agree with Cardinal O’Malley’s assessment of Francis Sullivan. I had been fortunate to work with him for many years when he was with Catholic Healthcare Australia. I believe he is a prophet. There are not many people that could have steered us through the amount of turmoil we’ve experience in the last four years as well as he has.

On the topic of Australian developments, I presented at the Australian Catholic Bishops Conference this week (November 2016) where they announced the creation of Catholic Professional Standards (CPS) Limited, a new independent company commencing in early 2017 to develop, audit and report on compliance with professional standards to protect children and vulnerable people. It will be responsible for setting the highest national standards to ensure the safety of individuals involved with the Catholic Church in Australia. A Board of Directors is currently being established and the Board will operate and function independently of the Church.

I understand that a large part of the work of the PCPM involves training various groups and dicasteries in the Vatican. This is one of the biggest breakthroughs the PCPM has had – that we’re on the agenda with the dicasteries in Rome. We’ve been successful in raising awareness through seminars and training. We are also developing universal guidelines to be disseminated throughout the world. It’s not enough for countries to comply with the minimum, we need to have guidelines which provide a very strong framework for safety and prevention. In the area of formation, we are carrying out research in collaboration with the Centre for Child Protection (CCP) at the Gregorian University in Rome to ensure the Church has a sound development of human formation for the clergy and religious so that they can effectively meet the duty of safeguarding and protection.

Recently, for the first time, Cardinal O’Malley, Monsignor Oliver (Secretary to the PCPM), Fr Zollner (President of the CCP) and Mrs Marie Collins (a survivor of abuse), spoke on behalf of the PCPM to the Congregation for the Clergy. Marie gave a beautiful testimony; Fr Zollner spoke on formation in seminaries; Fr O’Malley spoke on the work of the PCPM; and Mons Oliver was there to answer questions on Canon Law. They also addressed a group of 150 new bishops who had gathered in Rome for the week, including two new bishops from Australia, on guidelines such as screening, reporting and training. The feedback from these sessions has been great. The Pope and the PCPM have been listening to the voices of survivors of sexual abuse.

How much did this have to do with the Pope’s announcement of the Worldwide Day of Prayer for Sexual Abuse Survivors?

The request for the Worldwide Day of Prayer came from a survivor in Canada who has worked with fellow survivors and their advocates. She pleaded that the Catholic Church would listen to and focus on hope and healing. Therefore, one of the first recommendations of the PCPM, and taken-up by Pope Francis, was the Worldwide Day of Prayer for Sexual Abuse Survivors. The purpose is to unite the Universal Church to pray for survivors, to help heal, and proactively protect children from sexual abuse. The PCPM believes that prayer is one part of the healing process for survivors and the community of believers. Public prayer is also an important way of consciousness raising in the Church. It is my understanding that with the Royal Commission handing down its final report early next year, the Day of Prayer in Australia will happen later in 2017.

Has your work on the PCPM had a negative impact on your faith journey?

No. Quite the opposite. It has strengthened my faith. I really couldn’t do what I do without prayer and reflection. I am also encouraged greatly by standing in solidarity with survivors and witnessing the hope that many of them have.