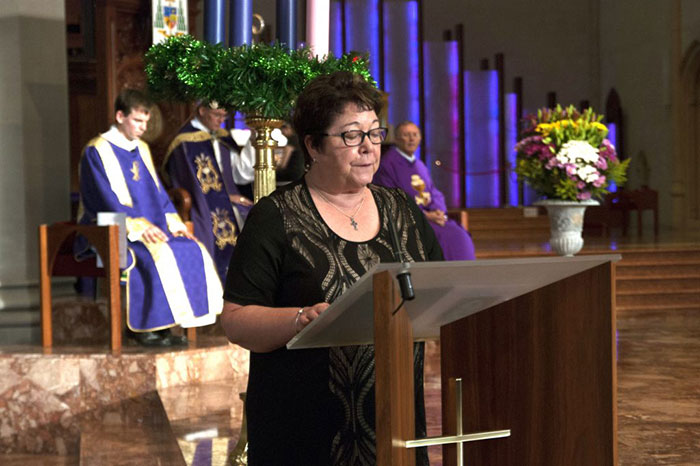 For Sister Kerry Willison, being Director of Liturgy at the Archdiocese of Perth is, in many ways, about connecting people with the divine.

Sr Willison – who has been in the role since 1992 – said she has been inspired by how the Catholic Mass and sacraments can affect individuals and open them up to God.

“Liturgy, to me, is prayer,” Sr Willison said.

“It is about connecting people with the sacred, offering them opportunities to bring their pain, anxiety and difficulties into a sacred place, and feel some sense of peace or release.”

Sr Willison came to the liturgy role after years of teaching Religious Education in Perth schools, including St Gerard’s Catholic Primary School in Mirrabooka and St Mary’s in Leederville.

Before that, she had joined the Sisters of Mercy after finishing high school – a decision shaped by her encounters with the Order during her childhood, and the Sisters’ kindness to her and her family.

“I was taught by the Sisters of Mercy. I actually went to Our Lady of Lourdes (in Nollamara), and lived in the area, so I suppose they had an influence on me from my early years,” she said.

“Also, my mother was sick for a lot of years of my life, and died very young in her forties… and the Sisters were very kind to my mother.”

After taking part in a retreat with the Sisters of Mercy at the age of 17, Sr Willison decided to enter the convent soon after. The education she received within the convent provided her with life skills which she says have been invaluable to her to this day.

“It just gave me everything I needed as a young person,” she said.

With the aim of embarking on a teaching career, Sr Willison later studied at Churchlands Teachers’ College – an experience she described as “fantastic” and which set her up well for supporting students in primary and secondary education, starting with four years at St Gerard’s (1981-84).

In 1985, she went on to St Mary’s (later Aranmore Catholic College) where she taught English and Religious Education before becoming head of the latter department.

“There was a wonderful group of teachers I worked with at Aranmore,” she said.

“We didn’t have all the Religious Education programs they have now to work from; we had to develop our own with the support of the Catholic Education Office.

“The staff gave me a Claddagh ring when I left there, and that’s always been a treasure of mine.”

In the early nineties, Sr Willison would go on to accept an offer to study for a two-year Masters’ degree in Pastoral Ministry at Boston University, focusing on Eucharistic Theology.

“I loved the study and the libraries at Boston College,” she said.

“We had access to Boston University Library, and Harvard Library, there were just so many opportunities. I was also lucky enough to have opportunities to travel, so I travelled around America quite a bit.”

All this placed her in good stead to become Director of Liturgy at the Perth Archdiocese in 1992 – a role which she accepted on return from the United States.

Since then, Sr Willison has been involved in other activities in the Archdiocese, including the rebuilding of St Mary’s Cathedral, as a member of the Arts and Furnishing Committee, and the Project Committee.

She said a life-long love of art had helped her in these roles, which involved drawing up briefs for artists and discussing their ideas. She added that discussions around the statue of St Joseph were particularly illuminating.

“It was fantastic doing research on St Joseph,” she said.

“We really had to look into ‘what are we saying here? What are we presenting here?’ because art takes us to different levels.