Importance of seeing the 'big picture' 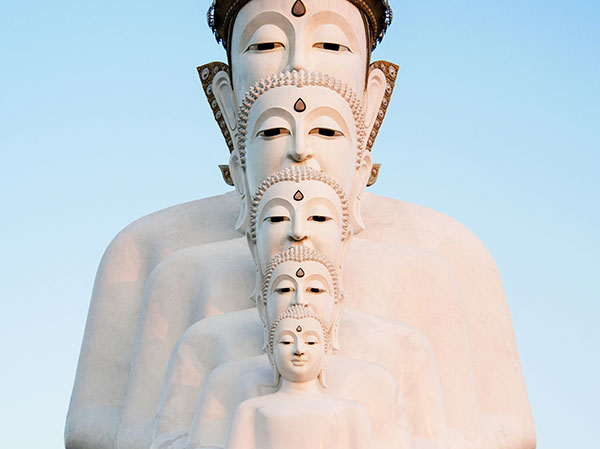 This article was written by Garry Everett and first appeared in The Good Oil, the e-magazine of the Good Samaritan Sisters, April, 2018

One of the great challenges in life is being able to see the ‘big picture’. This is true for each of us, whether we are searching for the big picture as conveyed by religion, science or any other field of human endeavour.

We are challenged because we become distracted by the minutiae, the details, which by themselves are usually not significant. It is only when the pieces begin to make a whole that we come to appreciate a particular truth. The many experiences of Victor Frankl in the concentration camps of Nazi Germany led him to declare a truth he had discovered: “the salvation of [humanity] is through love and in love”.

Failing to see or accept the big picture is a condition that is currently affecting many organisations in our world. Four particular organisations stand out as having significant problems in this regard. These organisations are as diverse as they are large: the film industry; the banking sector in Australia; the Australian Catholic Church; and Cricket Australia. Each has been exposed, and accused, not for one isolated decision or action, but rather for allowing and growing a culture inimical to the organisation’s values and mission.

The film industry has been shown to have a large number of powerful men who have engaged in the sexual abuse and exploitation of women. Those men saw such exploitation as an entitlement, a kind of payment for favours granted to star in a movie. A culture of silence on behalf of women, but also of male stars, supported this exploitation. Eventually the women spoke out against such behaviour and the #MeToo campaign began to reveal the dominant culture – the ‘big picture’.

The “big four banks” in Australia have a long and sad history of exploiting their customers in a variety of ways. They did so because they thought they could “get away with it”. The forensic work of the current Royal Commission into Misconduct in the Banking, Superannuation and Financial Services Industry is revealing the breadth and depth of the exploitation. Again, the culture has been the target of many comments by the Commission – a culture of dishonesty, exploitation, cover-up, buck-passing on blame, and the intent to deceive and deprive customers.

The Catholic Church in Australia has emerged from more than five years of a similar kind of forensic examination. The Royal Commission into Institutional Responses to Child Sexual Abuse came to the conclusion that the Church had allowed a “toxic culture” to develop unchecked, and that such a culture was largely to blame for the repeated offences of so many priests and members of religious institutions. The culture was often described as “clericalism”– a combination of excessive privilege, use of power, lack of transparency and accountability, and a belief that the Church was above the law of the land.

Cricket Australia in recent times has joined this sorry group of organisations. Brought into the spotlight by the ball-tampering (cheating) incident in South Africa, we soon came to learn that that incident owed its occurrence to a culture that had been growing for years: sledging, which is not sportsmanship; bullying and intimidation of players; poor accountability for certain behaviours contrary to the values of sport; and a willingness to cover-up where possible.

Royal Commissions and other structures of inquiry have completed, or will soon complete, their work with respect to these organisations. The response from the organisations is interesting and similar: a prominent film director was encouraged to seek treatment for his aberrant behaviours; the CEO of a big bank stood down; the captain and vice-captain of the Australian cricket team were suspended for 12 months; some Catholic priests were suspended from ministry and new child protection and safe-guarding policies implemented.

Culture is sometimes described as “the way we do things around here”. It implies a complex web of actions and interactions, values, norms, rewards and punishments, assumptions and intentions. Much of the culture is not subject to written record, but rather acquired by osmosis by living within the culture. Further, because cultures tend to preserve the status quo, they often resist attempts to change them.

This being so, it is rare to see cultural change of the kind demanded of the organisations mentioned above. Most members of a culture find it too difficult or even impossible to think of cultural change. Such change requires detailed and difficult work over a long period. It’s much easier to sack a few offenders, institute a new policy or two, or throw up a smoke screen to distract the questioners.

So what can we do to foster cultural change when it’s needed?

The first thing is to become familiar with the culture you want to see changed. Meet with others and talk about your experiences. Being courageous to speak and to be heard is important. Organise an expert to conduct a workshop or two on culture and how to change it. Don’t leave it to others.

Have your say with the local bank manager or a member of the financial services royal commission. Join the #MeToo campaign or learn more about it. Put your views to Cricket Australia if you support cricket and its future in sport. Seek to influence the Plenary Council of the Australian Catholic Church before it allows its agenda to lose sight of the most important challenge of all – to change the culture.