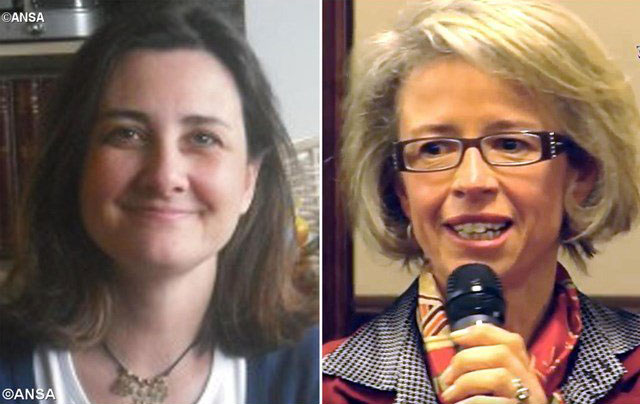 This article was written by Gerard O’Connell and first appeared in America, November 07, 2017

Pope Francis has appointed two Italian women as under-secretaries in the Vatican Dicastery for the Laity, the Family and Life, which is headed by Cardinal Kevin Farrell.

The Vatican announced this today and gave the names and professional profiles of both women: Professor Gabriella Gambino and Dr. Linda Ghisoni. They now become the third ranking officials in the department and are further evidence of Pope Francis’ determination to assign important positions in the Roman Curia to women.

Both women have already collaborated professionally with the Pontifical Council for the Laity from 2013 to 2016, so they can hit the ground running, so to speak.

In its announcement today, the Vatican said the pope nominated Professor Gambino, 49, as undersecretary of the office for life of this dicastery. Born in Milan, she studied political science at the University of Milan in 1995, and subsequently gained a doctorate in bioethics at the Institute of Bioethics of the Catholic University of the Sacred Heart in Rome.

From 2001 to 2007 she taught and conducted research in bioethics at LUISS Guido Carli University in Rome. In 2002, she was appointed scientific expert of the National Committee for Bioethics, attached to the Italian prime minister’s office. She collaborated with the Vatican’s Pontifical Council for the Laity and the Pontifical Academy for Life from 2013 to 2016, and in 2017 she was a visiting professor at the Brazilian section of the bioethics institute at the Catholic University of Salvador.

Pope Francis has also appointed Dr. Linda Ghisoni, 52, as undersecretary for the office for the laity of the same Vatican dicastery.

Born in Piacenza, northern Italy, Dr. Ghisoni graduated in philosophy and theology from Eberhard Karls University in Tubingen, Germany in 1991, and earned a doctorate in canon law from the Pontifical Gregorian University in Rome in 1999. She subsequently gained a diploma in Administrative Praxis at the Congregation for Divine Worship and the Discipline of the Sacraments in 1994, and a second diploma as a lawyer at the Tribunal of the Roman Rota in 2002. She is married and the mother of two daughters.

In her capacity as a lawyer, she has served in a wide range of roles both at the Vicariate of Rome and the Tribunal of the Roman Rota where she has dealt with marriage annulment cases. She collaborated with the Pontifical Council for the Laity from 2013 to 2016 in specialized studies related to the laity in the church.

At the time of her appointment, she was a judge at the marriage tribunal of the Vicariate of Rome, professor of canon law at the Gregorian University and professor at the law department of Roma Tre University.

When I spoke to Cardinal Farrell some months ago he emphasized that “the laity have a vocation to fulfil in the church.” Like Pope Francis, he said, “I am a firm believer that the future of the church depends on them. I have always felt the need to promote laity within the church, and within its organization.”

In that interview, he emphasized the fact that the dicastery’s new statute calls for qualified lay people to hold most of the key posts. The prefect is to be a cardinal but the secretary—the number two position—could be given to a lay person, he said, but “it is necessary that the person who runs the laity office has to understand all about movements within the church, and canon law.” Dr. Ghisoni’s appointment today meets those latter requirements.

Today’s appointments are the latest in a series since Pope Francis established the new Vatican dicastery for the laity, the family and life, by incorporating into one the three councils that were previously independent of each other. He then began the reform of this new department by nominating Bishop Kevin Farrell from Dallas, Tex., as head of this new dicastery. He gave him a brief to appoint laity to key positions and to internationalize the dicastery. But, as the cardinal told me, “It has been a struggle to find competent lay people to fill those positions.”

Last May, Pope Francis appointed a 46-year-old Brazilian priest, Father Alexandre Awi Mello, national director of the Schoenstatt movement in Brazil, whom he got to know at the World Youth Day in Rio, as secretary of the department.

That same month, he nominated Marta Rodriguez from Spain, a consecrated woman from Regnum Christi (the lay group of the Legionaries of Christ), then director of the Institute for Higher Women’s Studies at the Regina Apostolorum pontifical university (run by the Legionaries) in Rome, as the first director of the office for women’s issues in the new dicastery.

Pope Francis is expected to make other appointments, too, probably before Christmas.