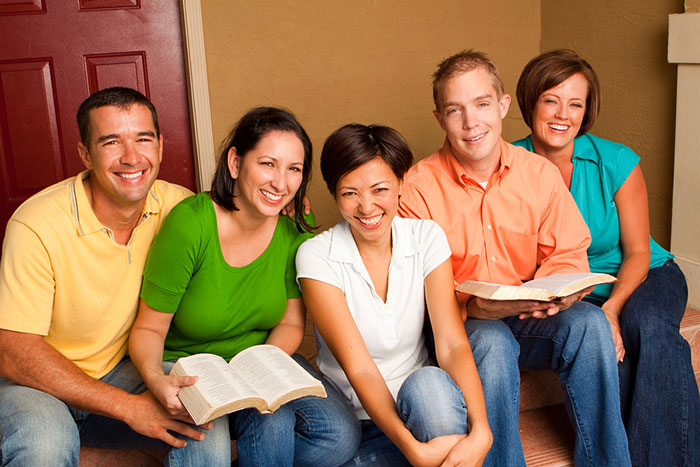 This media release was provided by National Church Life Survey research on November 7, 2011

During 2016, ACU Tenison Woods House held the logistics operations of the National Church Life Survey (NCLS), the largest survey of its kind in the world. Over a quarter of a million survey forms, completed by churchgoers and leaders, in over 3,000 local churches, across more than 20 Christian denominations in Australia, were processed on the North Sydney campus by NCLS Research. The survey results are now being released.

The Australian Catholic University is one member of the ecumenical board of NCLS Research, along with the Australian Catholic Bishops Conference, Anglicare Sydney and Uniting Mission and Education (Synod of NSW and the ACT). The 2016 NCLS represents the sixth survey wave, held every five years, since 1991, alongside the national Census. Catholic parishes have taken part in Church Life Surveys since 1996. The results presented are based on a representative sample of Catholic parishes from across all Dioceses.

A multicultural church- findings of the 2016 NCLS

These latest figures demonstrate that Australian Catholic parishes are culturally diverse and can be a significant place of welcome and social inclusion for migrants.

NCLS Research Director, Dr Ruth Powell said this multicultural mix in Australian churches has increased over time, despite churches with a non-English speaking background being under-represented in the national survey “The proportion of participating mass attenders born overseas was 34% in 2006, and ten years later it was up to 43% in 2016," she said. “Compared to other nations, we have a very high proportion of multicultural parishes.”

More women than men attend Catholic parishes: 62% of mass attenders are female. As in previous waves of the NCLS, this is higher than in Australian society, where females represent 51% of the population.

“The fact that women continue to be more religious than men confirms a long-term pattern, which has been found in all religions and across the world,” explained Dr Powell. “There are a lot of theories about why this is the case. While there are lots of factors involved, the evidence points to social and cultural factors, such as religious traditions and workforce participation, having an important role”.

Those in the pews are more educated than ever before. Some 36% of mass attenders held a university degree in 2016, up from 27% in 2006. The proportion of tertiary educated churchgoers continued to be higher than the Australian population, where 22% held a university degree in 2016. Another 42% of mass attenders had only a school level education. Ministry implications include the challenge of catering for highly educated younger parishioners, as well as older attenders with lower levels of formal schooling