Truth and justice after the Pell verdict 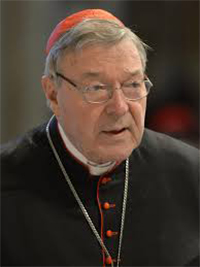 This article was written by Frank Brennan and first appeared in The Australian on 26 February 2019.

The suppression order in relation to Cardinal George Pell has been lifted. In December, a jury of 12 of his fellow citizens found him guilty of five offences of child sexual abuse. No other charges are to proceed. Cardinal Pell has appealed the convictions. The verdict was unanimous. The jury took three days to deliberate after a four-week trial. The trial was in fact a re-run. At the first trial, the jury could not agree. The trial related to two alleged victims, one of whom had died.

The complainant's evidence at the first trial lasted two and a half days. He had been cross-examined for more than a day by Pell's defence barrister, Robert Richter QC, who has a reputation for being one of the best and one of the toughest cross-examiners in the legal profession. Pell did not give evidence, but a record of his police interview, denying the allegations, was in evidence.

The complainant's evidence related to events that occurred back in 1996 or 1997 when he was a 13-year-old choir boy at St Patrick's Cathedral Melbourne. Most other witnesses had been choir boys, altar servers or Cathedral officials in 1996 when Pell first became archbishop of Melbourne. The complainant claimed that the first event, involving four charges, occurred after a solemn Sunday Mass celebrated by Pell in the second half of 1996. It was common ground between the prosecution and the defence that the dates to which these four charges must be attributed were 15 December 1996 or 22 December 1996. These were the dates on which the first and second solemn Sunday Masses were celebrated by Pell in the Cathedral after he had become archbishop in August 1996. The Cathedral had been undergoing renovations and thus was not used for Sunday Masses during earlier months of 1996.

These two choir boys stayed in the choir another year but, the complainant said, they never spoke about the matter to each other, even though they sometimes had sleepovers at each other's homes. The second boy was once asked by his mother if he had ever been abused by anybody and he said he had not.

The complainant claimed that a month or so later, after a Sunday Mass when the archbishop was presiding (but not celebrating the Mass), Pell came along the corridor outside the sacristy where many choristers and others were milling about. He claimed that Pell grabbed him briefly, put him against the wall, and firmly grasped his genitalia. This was the subject of the fifth charge. Pell knew neither boy and had no contact with either of them thereafter.

"Anyone familiar with the conduct of a solemn Cathedral Mass with full choir would find it most unlikely that a bishop would, without grave reason, leave a recessional procession and retreat to the sacristy unaccompanied."

The prosecution case was that Pell at his first or second solemn Sunday Mass as archbishop decided for some unknown reason to abandon the procession and his liturgical assistants and hasten from the Cathedral entrance to the sacristy unaccompanied by his Master of Ceremonies Monsignor Charles Portelli while the liturgical procession was still concluding. Portelli and the long time sacristan Max Potter described how the archbishop would be invariably accompanied after a solemn Mass with procession until one of them had assisted the archbishop to divest in the sacristy. There was ample evidence that the Archbishop was a stickler for liturgical form and that he developed strict protocols in his time as archbishop, stopping at the entrance to the Cathedral after Mass to greet parishioners usually for 10 to 20 minutes, before returning to the sacristy to disrobe in company with his Master of Ceremonies. The prosecution suggested that these procedures might not have been in place when Pell first became archbishop. The suggestion was that other liturgical arrangements might have been under consideration.

In his final address, Richter criticised inherent contradictions and improbabilities of many of the details of this narrative. I heard some of the publicly available evidence and have read most of the transcript. I found many of Richter's criticisms of the narrative very compelling. Anyone familiar with the conduct of a solemn Cathedral Mass with full choir would find it most unlikely that a bishop would, without grave reason, leave a recessional procession and retreat to the sacristy unaccompanied.

Witnesses familiar with liturgical vestments had been called who gave compelling evidence that it was impossible to produce an erect penis through a seamless alb. An alb is a long robe, worn under a heavier chasuble. It is secured and set in place by a cincture which is like a tightly drawn belt. An alb cannot be unbuttoned or unzipped, the only openings being small slits on the side to allow access to trouser pockets underneath. The complainant's initial claim to police was that Pell had parted his vestments, but an alb cannot be parted; it is like a seamless dress. Later the complainant said that Pell moved the vestments to the side. An alb secured with a cincture cannot be moved to the side. The police never inspected the vestments during their investigations, nor did the prosecution show that the vestments could be parted or moved to the side as the complainant had alleged. The proposition that the offences charged were committed immediately after Mass by a fully robed archbishop in the sacristy with an open door and in full view from the corridor seemed incredible to my mind.

I was very surprised by the verdict. In fact, I was devastated. My only conclusion is that the jury must have disregarded many of the criticisms so tellingly made by Richter of the complainant's evidence and that, despite the complainant being confused about all manner of things, the jury must nevertheless have thought — as the recent royal commission discussed — that children who are sexually violated do not always remember details of time, place, dress and posture. Although the complainant got all sorts of facts wrong, the jury must have believed that Pell did something dreadful to him. The jurors must have judged the complainant to be honest and reliable even though many of the details he gave were improbable if not impossible.

Pell has been in the public spotlight for a very long time. There are some who would convict him of all manner of things in the court of public opinion no matter what the evidence. There are others who would never convict him of anything, holding him in the highest regard. The criminal justice system is intended to withstand these preconceptions. The system is under serious strain, however, when it comes to Cardinal Pell.

The events of the Victorian parliamentary inquiry, the federal royal commission, the publication of Louise Milligan's book Cardinal and Tim Minchin's song Come Home (Cardinal Pell) were followed, just two weeks before the trial commenced, by the parliamentary apology to the victims of child sexual abuse. Prime Minister Scott Morrison said, 'Not just as a father, but as a prime minister, I am angry too at the calculating destruction of lives and the abuse of trust, including those who have abused the shield of faith and religion to hide their crimes, a shield that is supposed to protect the innocent, not the guilty. They stand condemned ... on behalf of the Australian people, this Parliament and our government ... I simply say I believe you, we believe you, your country believes you.' Such things tend to shift not the legal, but the reputational, burden upon an accused person to prove innocence rather than the prosecution to prove guilt.

Would the verdict have been different if Pell had given evidence? Who can tell? All one can say is that, although the defence seemed to be on strong ground in submitting that the circumstances made the narrative advanced by the prosecution manifestly improbable, that failed to secure the acquittal.

Was the verdict unreasonable? Can it be supported having regard to the evidence? Those are questions for the appeal court. I can only hope and pray that the complainant can find some peace, able to get on with his life, whichever way the appeal goes. Should the appeal fail, I hope and pray that Cardinal Pell, heading for prison, is not the unwitting victim of a wounded nation in search of a scapegoat. Should the appeal succeed, the Victoria Police should review the adequacy of the police investigation of these serious criminal charges.

When the committal proceedings against Pell first commenced in July 2017, Fran Kelly asked me on ABC Radio National Breakfast: 'Do you have concerns about this case, regardless of the outcome, and how it's going to affect the Church?' I answered: 'Fran, I think this case will be a test of all individuals and all institutions involved. And all we can do is hope that the outcome will be marked by truth, justice, healing, reconciliation and transparency. A huge challenge for my church, and yes a lot will ride on this case. But what is absolutely essential is that the law be allowed to do its work. And let's wait and see the evidence, and let's wait and see how it plays out. And let's hope there can be truth and justice for all individuals involved in these proceedings.' And that is still my hope.