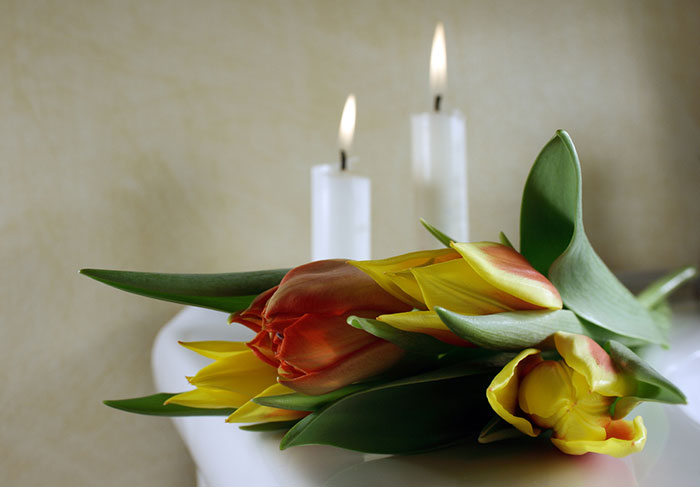 The funeral was exactly what the family wanted. It was a celebration of the life of their loved one, with no mention of religion. The service took place in an airy, modern crematorium chapel; outside town and surrounded by greenery. It featured the deceased person’s favourite music – classic rock – and a slide show capturing special moments with his family. An accomplished civil celebrant told his life story and two friends gave heartfelt personal tributes.

Funerals like this one, which I attended recently, are becoming more popular in Britain. According to SunLife’s “Cost of Dying 2016” report, half of all funerals included non-religious music. Almost two thirds avoided traditional funeral readings and religious passages.

But it’s not just the absence of religion. Generally, Catholics, along with everyone else, want a personalised funeral followed by cremation and to scatter the ashes afterwards. Especially if they are distant from the Church, some will have a “one-stop” funeral at a crematorium chapel that compresses the Catholic liturgy into a 20-minute service.

The Catholic Church is uneasy about all this. It emphasises that a funeral is not a celebration of a person’s life. Rather it is an act of worship and thanksgiving to God for the gift of the life of the deceased, and offers hope and consolation to those left behind.

Though the Church has allowed cremation since 1963, and the majority of Catholics today are probably cremated, it still says burial in a grave is preferable, and it advises the ashes are buried in a cemetery or memorial garden. Of course, what the Church teaches is often different to what happens in practice, but there may still be a gap between the expectations of a bereaved family and what the Church is able to deliver.

That is where an online funeral guide, which The Art of Dying Well published this week, may help. The guide explains, in a simple way, the thinking behind the teaching and highlights areas where there is flexibility. The guide describes the full Catholic funeral liturgy with all the stages it affords for leave-taking. Most priests will encourage a bereaved family to have a funeral Mass in the parish church. Fr Martin Shipperlee OSB, the abbot of Ealing Abbey in west London, says families find praying for their loved one particularly consoling: “Death is a great dis-enabler, and grief disables. Those who are grieving need action, and by praying for their loved one they are doing something.”

Another option, often chosen where few Catholics are expected to attend, is a funeral without Mass, formally called a Funeral Outside Mass. These usually take place in a church and can be celebrated by a deacon or lay minister. There is consensus among priests and funeral directors that the active involvement of family and close friends makes for a good funeral. They may bear the coffin and place the pall over it. They may also place personal possessions on the coffin, such as a cross or a Bible. They can also put a photo of the deceased on a table near the coffin. Members of the family may do readings and compose and deliver bidding prayers.

Priests are often wary of requests for non-religious elements at the funeral such as favourite songs or poems. Some know from experience that the chosen music may jar. One priest recalls allowing Nat King Cole’s “Unforgettable” to be played as the coffin was carried out of the church. “Never again,” he says with a shudder. They will often gently suggest that some music or readings would be more suitable at the reception after the funeral.

There can also be difficulties with a eulogy. The Church says that a friend or relative can deliver some “words in remembrance” after Communion, but priests report these addresses are often too long, and include material that is unsuitable. What makes priests nervous is uncertainty about what to expect. One reports being pleasantly surprised by a family who asked to play a video message to thank people for the care they had given to the person who died. “If you allowed that genre to take hold,” he says, “the sky’s the limit as to what people would come up with. But I must admit the video communicated a lovely message interspersed with pictures of the person.”

The more a family can explain what they would like to do, the more comfortable a priest is likely to be with it. All this needs time: time that a lot of priests don’t have. Most, but not all, will prioritise funerals, seeing them as an important part of their mission. To support hard-pressed priests, a few dioceses are training lay people to arrange and, sometimes, celebrate funerals. Liverpool Archdiocese has 152 lay funeral ministers who work as part of bereavement teams in parishes. Maureen Knight, who co-ordinates their training, says a priest is always available to celebrate a Requiem Mass if required.

“Some families will choose a Funeral Outside Mass, celebrated at the church by a lay funeral minister. People don’t see it as a second-class option,” says Knight. A similar scheme, though on a smaller scale, is operating in the Diocese of Hexham and Newcastle. The hope is that their designated funeral assistants will work closely with a new Ministry of Consolation, being launched this autumn. This ministry will assign a trained parishioner to support a family that has a member who is seriously ill. Kathryn Turner, head of the department of spirituality in the Diocese of Hexham and Newcastle, says: “The personal touch is so important. You can help so much by being there and listening.”

Such a scheme shares the Catholic Church’s wealth of experience in helping people to die well, and its comforting rituals for those who are left behind.

Elena Curti is a former deputy editor of The Tablet. She has written The Guide to Catholic Funerals and Cremations.