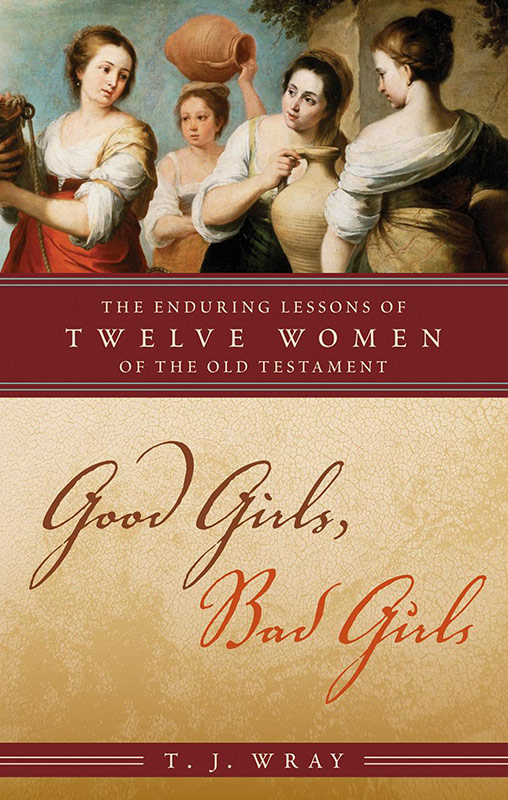 The Enduring Lessons of Twelve Women of the Old Testament.

This article was written by Susanna Gorman for Women Matter

This is a book about women in the Old Testament. It can be read from cover to cover, or can be dipped into according to interest. In fact, I read the last story, that of my namesake Susanna, first. Her story has always held a particular power for me, and read in the light of the recent #MeToo movement it is clear that women have always been at the mercy of powerful men. In Susanna’s case, it was the corrupt judges who abused their power. Daniel, catching the men in their lie, proclaims “This is how you have been behaving with the daughters of Israel and they were too frightened to resist; but here is a daughter of Judah who could not stomach your wickedness!” (Daniel 13:57)

There is a power in reading so many women’s stories together as inevitable themes emerge. Wray divided the twelve stories into two main streams: “Liars, Lawbreakers, and Lovers” and “Victims, Volunteers, and Vindicators”. The relative powerlessness of women, who are so often victims, means that some of the “Bad Girls” don’t seem quite so bad after all and Delilah, usually held to be the embodiment of evil, becomes positively heroic.

The author makes the point that the women she has chosen go beyond their traditional roles of wife, mother or daughter “to make a difference in the developing history of Israel.” There are common themes, including barrenness, widowhood, powerlessness, faithfulness and inheritance.

These episodes can be read as stories which still have the power to capture our imagination after thousands of years. (King David’s life makes The Game of Thrones pale in comparison.) But the intent here is to reach beyond the mere story to ask what the original authors of the biblical stories were trying to teach us about our relationships with God, ourselves and others.

The book arose from an undergraduate teaching program in the United States, and the language at times seems designed to appeal to American teenagers, for example referring to Rebekah as “the tart with a heart” or “Rahab: Lover, Liar and Lawbreaker: The Hooker with a Heart of Gold”, but pushing through such language does provide reward.

Some of the stories were much more familiar to me than others, but even with those I knew well it was beneficial to read them through a different lens. I also appreciated filling in the background with explanations. For example, the story of Tamar (Chapter 7 - “Baby, You Owe Me: The Widow Tamar: Victim and Vindicator”) made much more sense through a framework of the Levirate laws of inheritance.

I found it helpful to read with a Bible beside me so that I could see stories in context, or check the actual references. Because women’s stories are so often pushed to the margins, it was good to have such a range of stories gathered together. Not all the stories I thought would have been included were - I would have liked to hear about Esther and Judith, but perhaps the author thought they were already sufficiently well-known, or too long and complex for the relatively short chapters. The brevity of the chapters contributes to it being an easy read, and should make it more appealing to those pressed for time.

There is a difficulty in re-interpreting ancient stories from a modern viewpoint, particularly in relation to the relative positions of women then and now. Nonetheless, this book helps us to identify with the experiences of our sisters in the past, and to realise that we still have to fight many of the same battles today.